We attract industry leaders who aren’t afraid to challenge the status quo.

We are dedicated to recruiting and retaining strong, creative leaders with diverse backgrounds and experience.

The uniting principle for all Tandem leaders is a firm belief that there is always a better way to deliver exceptional customer outcomes. 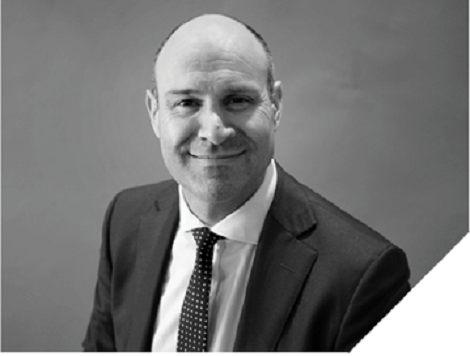 John is a recognised leader in the Australian technology industry and business community.

John is a recognised leader in the Australian technology industry and business community. He is the Chief Executive Officer, Technology Portfolio at BGH Capital, the leading private equity fund investing in Australia and New Zealand. John is committed to Australia’s digital future with a deep passion for customers and a proven ability to translate vision and strategy into execution and results.

John was recently Managing Director, Optus Business where he led the transformation to build Optus Business into one of Australia’s leading end-to-end digital-centric ICT organisations.  Previously, he was Executive Director at Telstra where he was responsible for Network Products and Services and Enterprise portfolios. A seasoned senior executive, John has a strong track record of driving growth in revenue and profitability with a committed focus on serving customers and building high performance teams.

With over 25 years’ experience in the technology industry, including almost 10 years based in Europe and Asia, John has been responsible for enabling the digital transformation and technology strategies for some of most significant public-sector organisations and global enterprises across banking and financial services, retail, media, energy, health and mining sectors. 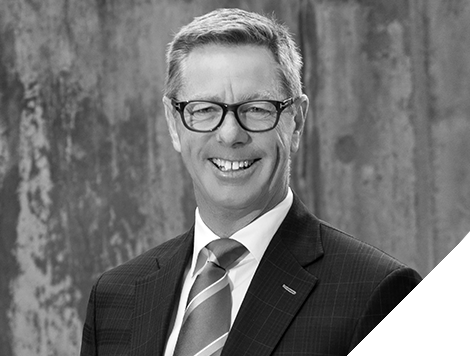 As the architect of multiple businesses, for Adrian, it’s always about people. And service.

As the architect of multiple businesses, for Adrian, it’s always about people. And service. Tandem’s change-making business model and culture, are testimony to that belief. In founding Tandem, he transformed the traditional, dysfunctional workforce structure of unfriendly contracts, into a happy productive workforce with positive, customer-centric contracts. That fundamental shift, led to the ‘doing things differently’ culture that’s Tandem’s hallmark, and is now the cornerstone of all its trusting client relationships – no matter the sector. Now a Non-Executive Director on the Tandem Board – but still the nominal heart of our company – he’s a driven and passionate man, who’s never interested in doing things alone. It’s a team thing, or nothing.

Adrian is never still. An optimistic self-starter, he always has a project on the go and is looking for others to get going. He firmly believes in backing yourself and over the last 25+years, has successfully founded, built and sold several significant service companies. In 1992, Adrian co-founded SKILLED Communications Services, which in four years grew from two employees to a workforce of over 3,000 people. While there, he successfully built a management and systems platform to construct Australia’s largest telecommunications project — the Telstra Broadband network. In 1999 he went on to co-found the independent ATM company, Direct Cash, and in 2004, co-founded Service Stream followed by the co-founding of ISGM/Tandem, in 2010. 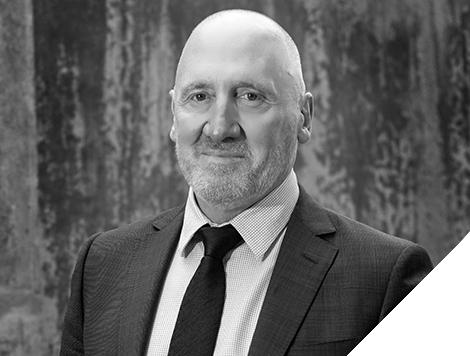 Joseph revels in the risk-and-reward of entrepreneurialism.

Joseph revels in the risk-and-reward of entrepreneurialism. But as a true connector, he makes change happen through relationships… and the founding of Tandem was no different. Undaunted by the task ahead – or rather reveling in the market-changing disruption they’d go on to cause – he set Tandem on its path of value-based client relationships. In securing their landmark, founding deal with Telstra, he firmly established the ground rules – it’s a partnership, or nothing – and shaped the bond-building character of their agreements. He’s passionate, driven, persistent and a chameleon by nature – adeptly switching from big picture future, down to small intimate details that make all the difference. Now a Non-Executive Director, he continues to mentor and guide the executive team, ensuring they deliver unquestionable value and outcomes to all their partners.

Over his 30+ years in infrastructure services, Joseph has time and again demonstrated the power of contact, while holding senior management roles across telecommunications, power, customer contact and the staffing industry. In 1996 he co-founded Skilled Power Services. Then in 2003, after managing the divestment of both Skilled Power Services and Skilled Communications, he played a major role in starting Services Stream Ltd. From 2004-2008, he was Executive Director of both the Service Stream Communications and Resourcing Solutions businesses. As CEO of Workforce Services, Skilled Group (2008-2010), he led the consolidation and integration of the Staffing Services business – achieving $1.3b revenue per annum and reducing operating costs by over $40m per annum. 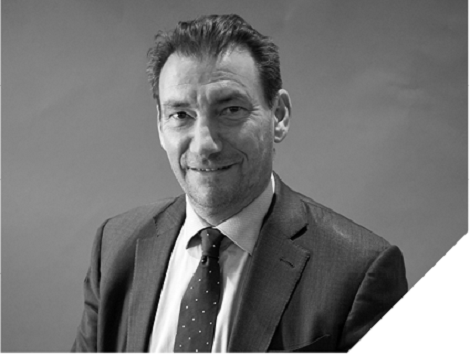 Stuart’s entrepreneurial mindset is a welcome asset to Tandem’s board.

Stuart’s entrepreneurial mindset is a welcome asset to Tandem’s board. Having successfully managed numerous profitable investments across multiple industries in Australia and abroad, his unique skills-set and diverse experience will ensure Tandem continues to grow and succeed. Stuart’s collaborative work style and his ambitious nature has enabled many companies to thrive under his stewardship.

In the early 2000s, Stuart commenced at CHAMP Ventures as the Chief Operating Officer before becoming an Executive Director. During his 14 years with the leading mid-market private equity firm, he was responsible for investments including SEEK Limited, Australian Temporary Fencing, Amdel Laboratories and Healthe Care.

Prior to joining CHAMP Ventures, Stuart was a principal and partner with Ernst & Young Corporate Finance, where he established a team to focus on the emerging ‘development capital’ market in Australia. He initially launched his career as an accountant before focusing on areas of corporate finance both in Australia and overseas. Stuart is currently Head of Private Equity at IFM Investors and is also a non-executive director of Colette by Colette Hayman and Genie Solutions. 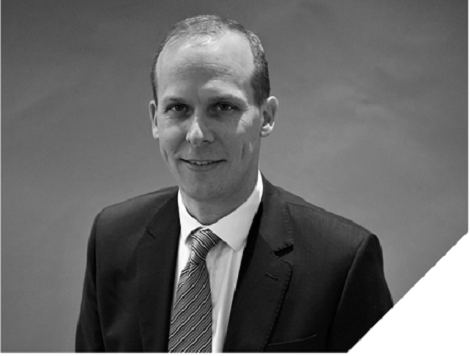 David has more than 20 years of experience in private equity, consulting and business leadership roles.

David has more than 20 years of experience in private equity, consulting and business leadership roles. His expertise is in sourcing, structuring and negotiating new private equity investments, managing existing investments, as well as fundraising.

David is an Executive Director with IFM Investors. He joined IFM from Bain Capital where he was an Operating Partner with responsibility for investments in MYOB, Retail Zoo and Camp Australia. Prior to joining Bain Capital, David held senior management roles at eBay (Sales and Marketing Director) and The Nuance Group (COO).

Earlier in his career, David spent 10 years as a management consultant, chiefly with Bain & Company, working in Europe, the United States and Australia on a range of industries and strategic issues for private equity and corporate clients. 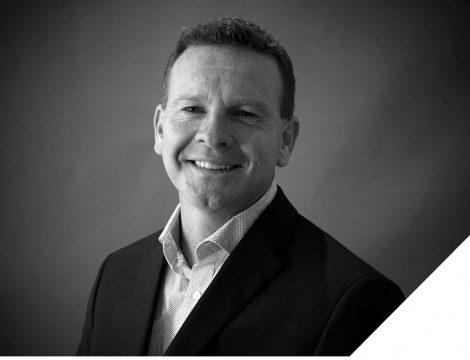 Matt is the Chief Executive Officer for Tandem. Matt has an extensive background including the leadership of mergers and acquisitions, finance, IT, as well as risk and procurement. He has a passion for building teams and driving value-creating solutions.

Matt has more than 25 years’ experience across multiple industries including retail, hospitality, workforce services, manufacturing and publishing in the United States, Europe and Australia. As the CEO at Tandem, he is focused on driving the growth strategy of the business. Matt has an extensive background including the leadership of mergers and acquisitions, finance, IT, as well as risk and procurement. He has a passion for building teams and driving value-creating solutions. 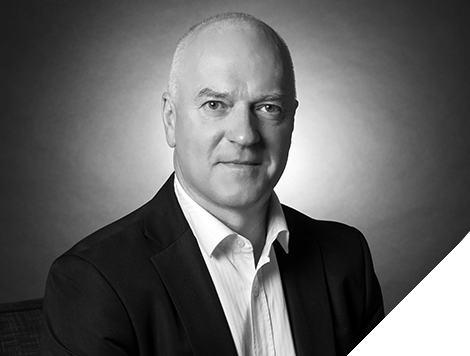 Paul’s key focus is the implementation of safety systems that add value, credibility and security to the thousands of small businesses that subcontract their services to Tandem.

Paul’s key focus is the implementation of safety systems that add value, credibility and security to the thousands of small businesses that subcontract their services to Tandem.

As General Counsel, Kirsty ensures Tandem meets its legal obligations and appropriately manages its legal risks. In doing that, Kirsty draws on more than 20 years’ experience in private practice and in-house legal roles, across a variety of industries.

Prior to joining Tandem, Kirsty held senior legal roles where she advised on large scale projects and commercial negotiations, specialising in litigation, employment and industrial relations. 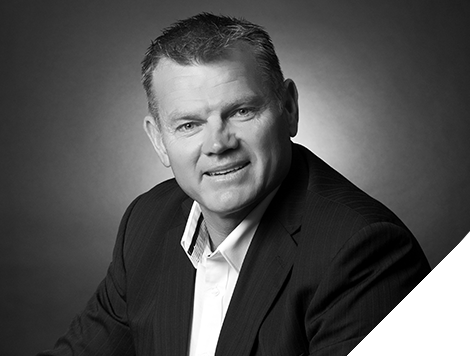 John is highly skilled at designing, building and implementing projects that require an aptitude for doing whatever it takes to get things done and delivered.

John is highly skilled at designing, building and implementing projects that require an aptitude for doing whatever it takes to get things done and delivered.

Starting with Tandem at its inception, John’s association with its founders stretches back more than 25 years. John started in field operations and worked his way through the ranks to ultimately manage some of Australia’s largest telecommunications projects.

Over the last few years John has been involved in building our Tandem Property Services business. 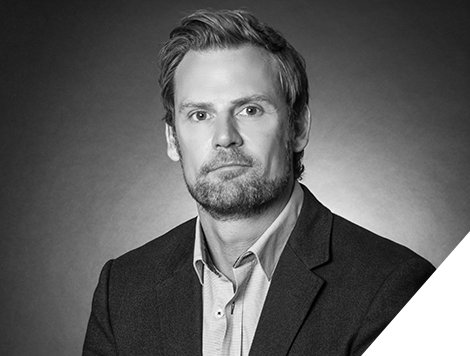 With more than 20 years’ experience in operations, management, planning and analysis, Angus leads the strategic development of our Networks business including telecommunications, wireless, media and retail.

Angus leads the strategic development of our Networks business including telecommunications, wireless, media and retail.  Having joined Tandem in its early days, Angus has played a key role in building a strong and successful culture that delivers results.